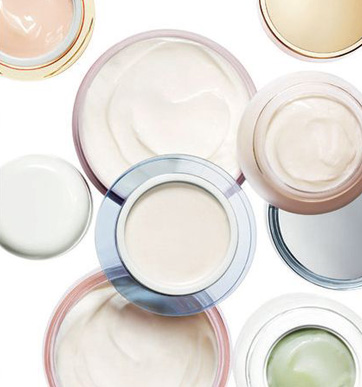 Gluten-free skin products: Are they worth it?

You’ve seen your favorite brands roll out entire lines of gluten free (GF) products, and maybe you’ve even followed, liked, and shared posts on “who makes the best GF blush.” Once devoted to the back corner of health food stores only, gluten-free foods, products, and “lifestyles” have gained tremendous momentum. By why? Does going GF and restricting your shampoos, serums and creams make sense? Let’s look at gluten in more detail.

Gluten, found in wheat, barley, and rye consists of two proteins, glutenin and gliadin. It gives baked goods their springing ability to rise in the oven, but this stretchy capacity makes it useful in consumer products like shampoo, toothpastes, and glues. For people with the autoimmune condition celiac disease (CD), gluten is a real problem. Even ingesting it in minuscule amounts can cause gut inflammation, bloating, pain, gas, and diarrhea. Overtime, continued gluten consumption can lead to destruction of intestinal lining limiting absorption of nutrients and vitamins. And for some CD patients with the concomitant condition called dermatitis herpetiformis, eating gluten can cause a painful blistering skin rash that isn’t easy to treat.

So, how is CD diagnosed? CD is suggested by a blood test that detects anti-gluten antibodies with 90-95% sensitivity and 95% specificity. While a positive result points to CD, the diagnosis is cinched with a biopsy (tissue sample) of the small intestine showing inflammation and intestinal lining damage. For the approximate 1/100 Americans that have CD, avoiding gluten is an indisputably wise medical directive. But many without CD, almost 1/3 of our population, has either tried or adopted a GF diet. Why? Big marketing dollar spends and celebrity endorsements aside, it may have to do with a much less rigorously defined entity called non-celiac gluten sensitivity (NCGS), or celiac-lite for short.

People with NCGS experience many CD symptoms after eating wheat or gluten, but do not test positive for either CD or a wheat allergy. Variability among patients, the lack of definitive diagnostic biomarkers, and inconclusive studies have hindered progress on better characterizing NCGS. It’s really a diagnosis of exclusion, meaning that after other conditions are ruled out through rigorous medical testing, it’s what you’re left with.

However, preliminary research has offered some insight into the condition. A small Australian study published in 2011 was among the first to show gluten could induce symptoms in non-celiac patients. Patients with celiac symptoms but who didn’t meet diagnostic criteria were given either gluten-free or regular bread and muffins for up to six weeks. Of the 34 patients completed the study, those who ate gluten reported feeling significantly worse. The problem with this study is that gluten wasn’t an isolated variable. Other wheat proteins or compounds could have been responsible for symptoms. Indeed, the same research group conducted a follow-up study that challenged their initial findings. Only 8 percent of the participants improved on gluten-free diets, yet all of the participants had significant improvement on low fermentable sugar (FODMAP) diets. This suggests that wheat sugars, not gluten, may have been responsible for symptoms.

Clearly, more research needs to be done to clarify “celiac-lite” and its actual triggers, but it hasn’t stopped Americans from jumping on the GF bandwagon. It’s unclear when celebrity endorsers and bloggers caught the gluten fever, but once they started buzzing about how GF can help consumers loose weight, increase fertility, combat fatigue, and even cure autism, America was hooked. GF is now a booming industry. US sales of GF products has jumped from $11.5 to 23 billion in the past 4 years. If you’re GF, why are you? Are you one of the few with CD? Do you feel better avoiding grains? Are you hoping to lose weight? (Spoiler alert: a GF donut is still a donut, but the GF variety often has less protein and fiber but more sugar and salt than its “regular” counterpart…)

But GF foods and the myriad reasons for going GF aside, let’s go back to GF skin products. Is there any benefit to using these? Can gluten on the skin elicit belly pain and even the blistering rash that some with CD have?

The answer is no—it’s only ingestion of gluten, not gluten-skin contact that sets off inflammation. Topically applied gluten is not absorbed in the skin because the protein molecules are much too large to get through our skin barrier. Studies have even examined this in CD patients, and applying gluten-containing products to the skin just wasn’t an issue. Even for the small percentage of CD patients who get blistering rashes, gluten has to be eaten to cause the problem.

Although avoiding lip products, toothpastes, and mouthwashes may be prudent for those with medically-diagnosed CD, adhering to a strict GF skin product regimen doesn’t make sense for most people who have chosen to adopt a GF lifestyle. If you like GF products, that’s one thing. But, if you’re paying a premium for them, hoping that they’ll help your health, your dollars are better spent elsewhere.