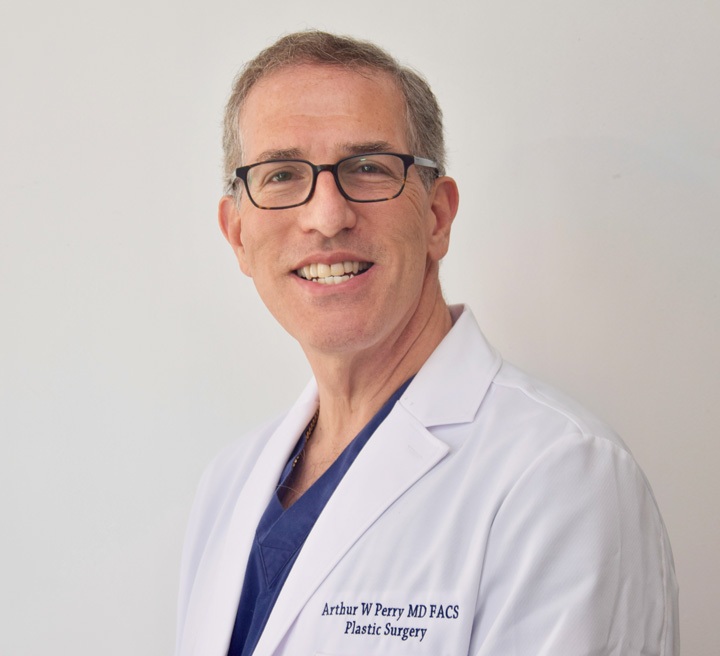 Certified by the American Board of Plastic Surgery since 1989, Dr. Perry trained in surgery at Harvard Medical School and the Cornell/New York Presbyterian Medical Center, and in plastic surgery at the University of Chicago, where he was Chief Resident.  Following residency, he took special training in facial plastic surgery with the famed Baker-Gordon Associates in Miami and then joined the faculty of Rutgers-Robert Wood Johnson Medical School in New Jersey.  Now an Adjunct Associate Professor of Plastic Surgery at Columbia University, Dr. Perry helps teach at the Columbia/Cornell plastic surgery residency program in Manhattan, while running a busy cosmetic surgery practice on Fifth Avenue and in Somerset New Jersey when he is not in Los Angeles.

While primarily concerned with performing procedures that enhance women’s beauty, Dr. Perry served on New Jersey’s State Board of Medical Examiners for a full decade and has written over two dozen scientific papers and chapters in medical textbooks.  In addition, he authored 4 books for patients, including You Being Beautiful, a New York Times best seller co-written with Drs. Michael Roizen and Mehmet Oz and Straight Talk about Cosmetic Surgery, winner of the top award for health books.  Dr. Perry has been a guest on many television shows, and is an advisor to the Dr. Oz show, where he has appeared 10 times.  He hosts the long running What’s Your Wrinkle, a weekly radio show in New York City and is excited to bring this health show to Los Angeles.

Dr. Perry jokes that he comes to Beverly Hills to “help out with the shortage of plastic surgeons here,” though in reality, he comes west to join two of his adult children who live in Beverly Hills.  In addition to his signature short scar facelifts, he loves performing rhinoplasties (considered to be the most difficult and the most creative of all plastic surgery procedures), as well as liposuction, tummy tucks, and breast augmentations, reductions and lifts.


Call Us • 310.274.5372
Request an Appointment
Virtual Visit
Do NOT follow this link or you will be banned from the site!