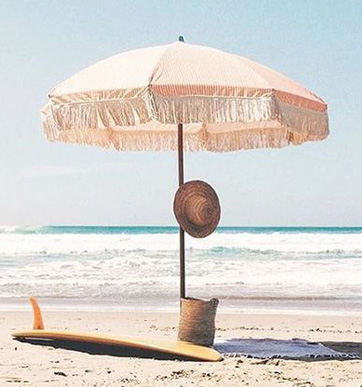 Don’t get me wrong. Many chemicals are harmful to both your skin and your overall health, but classifying all chemicals as “unsafe” isn’t scientific. Clearly water, chemically depicted as H2O, isn’t the all-evil of your skin regimen. And the same applies to most sunscreens. Just because “chemicals” may serve as their active ingredients doesn’t categorically make them problematic.

Sunscreens can be broken down into two major groups: physical blockers and chemical blockers. Physical blockers contain very small metallic particles of zinc oxide and titanium dioxide. These particles reflect and scatter UV rays, so that they don’t penetrate your skin causing skin cell damage. In contrast, chemical sunscreens contain compounds like oxybenzone, avobenzone, and octinoxate, which absorb UV rays, also protecting your skin from UV-damage. So, why is there controversy around chemical sunscreens? Much of the concern comes from the Environmental Working Group’s (EWG) sunscreen ranking list. The EWG is a non-profit organization with the purpose of identifying and warning consumers about harmful environmental chemicals. While a laudable mission, it’s important to scrutinize scientific studies thoughtfully, put them into real-life context, and not extrapolate risk in humans from limited studies performed in test-tubes. Unfortunately, that’s precisely what the EWG has done to vilify certain sunscreen chemicals as “harmful.” Let’s look at the most common chemical “offenders” more thoughtfully.

Oxybenzone is a chemical that absorbs both UVA and UVB sunrays, protecting skin cell DNA damage. Overwhelming evidence has demonstrated that protecting DNA is important for preventing premature aging and the development of skin cancers, including melanoma, the deadliest skin cancer type. The EWG, however, warns consumers about this chemical, claiming that it may disrupt our hormones by acting like estrogen. This concern stems from a 2001 study where rats were fed astronomic doses of oxybenzone and their uteruses enlarged. Yes, let me say that again. The rats ate whopping amounts of this chemical, which had an effect. But, there is a clear difference between applying oxybenzone on the skin and eating it. In fact, a more recent study in a reputable dermatologic journal estimated that it would take 200 years of daily sunscreen application to approach the same dose that the rats ate in the original study! So, to extrapolate a lab finding in rats to humans is an unrealistic stretch. To make the claim that oxybenzone shows hormonal disruption in humans would require research showing this, and no studies to date have been able to demonstrate either accumulation of this product in sunscreen-wearing people or changes in their hormone levels.

Retinyl Palmitate is another common chemical in sunscreens that has been criticized for increasing oxidative damage. Oxidative damage is like rust on metal—it corrodes our skin, making it more prone to inflammation and cancer. But let’s examine this ingredient more carefully. Retinyl palmitate has been approved by the FDA for use in prescription medications, topical products, and even as a food additive. (Check your dairy and cereal ingredients). It’s also naturally found in the skin as retinol. So, why does it have a bad rap? A single study found that when applied to immunosuppressed mice that were burned with a UV lamp, mice exposed to the chemical showed increase oxidative damage and increased risk of tumors. The major problem with this study is that it was taken out of human biological context. In human skin, we have a host of antioxidants that help squelch the oxidative damage created by numerous chemical reactions. Looking at findings narrowly and extrapolating effects to humans isn’t sound scientific reasoning. Finally, and perhaps most importantly, we have used retinoids, of which retinyl palmitate is a member in dermatology for decades to prevent skin cancers in high risk patients and promote youthfulness. Numerous well-designed studies published in peer-reviewed journals (articles are published only after analyzed and accepted by like-minded scientists) have shown the retinoid family to be safe and have beneficial effects.

Nanoparticles in sunscreens are also under attack. Nanoparticles are exceptionally small—a billionth of a meter (3.2 feet) and they are useful in sunscreen because they make products more cosmetically appealing. Rather than being thick white pastes, nanoparticle sunscreens uniformly cover the skin more discretely. Concern around nanoparticles centers on their size. Some worry that because they are so small, they can penetrate the skin and enter the blood stream. The good news is that our skin is an excellent barrier at keeping things out. No studies have shown that sunscreens meaningfully penetrate the skin if it’s intact. Moreover, in real life, nanoparticles tend to clump together making their size much too large for skin penetration.

To summarize, chemical-based sunscreens are considered safe and are recommended by the American Academy of Dermatology, The Skin Cancer Foundation, and dermatologists to help prevent sunburn and skin cancer. While the EWG should me commended for trying to keep consumers safe, by extrapolating from animal studies and ignoring well-cited safety data in humans, they are doing consumers a disservice. Although scare tactics and alarming sound bites are media-savvy, poorly reasoned conclusions from cherry-picked sources confuse the public. At least 5 million Americans are treated for skin cancer each year, and nearly 10,000 people die from melanoma—the deadliest type of skin cancer—annually. Sunscreen is one of the most established, cost-effective, and safe forms of protection.