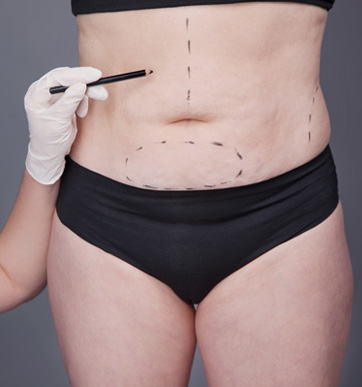 Despite a healthy diet and regular exercise, you may still have pockets of tenacious, unwanted fat. Liposuction is a minimally invasive surgical fat removal technique to remove unwanted pockets of fat and sculpt beautiful shape and proportions. Liposuction has been safely used for decades to permanently remove fat from the torso, flanks, abdomen, back, outer and inner thighs, arms, neck, and chin. However, traditional liposuction required general anesthesia, large instruments, bruising and a lengthy, painful recovery. Fortunately, with advances in Liposuction techniques, better results are achieved with less complications, soreness, bruising, and scarring. In this Question and Answer interview cosmetic surgeon Dr. Lisa Chipps address frequently asked questions about the different types of Liposuction.

What is Tumescent Liposuction?

Tumescent liposuction is a minimally invasive procedure used to safely remove unwanted fat. The treatment area is first anesthetized with dilute numbing medicine, which allows for maximal comfort during treatment. Small cannulas (straw-like devices) are then introduced beneath the skin and used to suction out unwanted fat until a desired contour is reached. Tumescent anesthetic has the benefits of allowing a patient to be awake (avoids general anesthesia) and reduces the chance of bleeding during and after the procedure. Tumescent liposuction can be performed on several areas, including the abdomen, flanks, lower back, thighs, arms, bra fat, and under the neck.

What are the risks associated with Tumescent Liposuction?

There are few risks associated with tumescent liposuction. Swelling, bruising, and post-procedure pain are possible, but typically very manageable with extra strength Tylenol. There is no general anesthesia risk with this procedure and scarring is nearly invisible because the small insertion points are just a few mm in length and heal very well.

Very small insertion points are created to allow access for the cannulas, but these are typically placed in more hidden areas like around the belly button and are so small that they typically heal and are not noticed. No other larger scars are created.

What is Vanquish Body Contouring?

Vanquish body contouring is a type of fat reduction treatment that is non-invasive. Heat is used to target fat tissues, which permanently destroys fat cells and helps tighten the skin simultaneously. Vanquish has no downtime but is not meant to replace liposuction as it cannot remove as much fat as tumescent liposuction.

Who is a good candidate for Liposuction?

Anyone in good general health who is adhering to a healthy diet and exercise routine but who has unwanted pocket(s) of fat and wishes to appear better in clothes and feel more confident about his or her body.

Who is a good candidate for Vanquish?

Anyone who is adhering to a healthy diet and exercise routine who has stubborn unwanted fat pockets. Because Vanquish uses heat energy, it also helps tighten the skin simultaneously. Those with a large amount of excess skin are not ideal candidates as fat removal can accentuate this.

Which is better Vanquish or Liposuction?

They are different. Vanquish isn’t meant to replace liposuction. On average, most patients lose 1-2 cm in circumference, which is difficult to visualize but most patients repot fitting better in clothes after their treatment series. If a patient desires more significant fat loss, liposuction may be more affective. In addition, those with limited time might also be better candidates for liposuction as it is typically performed in a single treatment, where a series of 4-6 treatments are needed.

What is Smart Liposuction? And, is it an alternative to liposuction?

Smart liposuction uses a laser to help breakup fat before it is suctioned. Because there is heat generated with the laser, in theory, it can offer some skin tightening as well. Although we used to use this device, we didn’t find a significant added benefit when using it. Instead, in addition to tumescent liposuction, we use other forms of radiofrequency heat energy to help simultaneously tighten treatment area skin. Our newest Facetite Accutite devices allow us to run a heated probe beneath the skin and precisely heat it to temperatures to both dissolve additional fat and tighten skin in a very safe, controlled fashion.