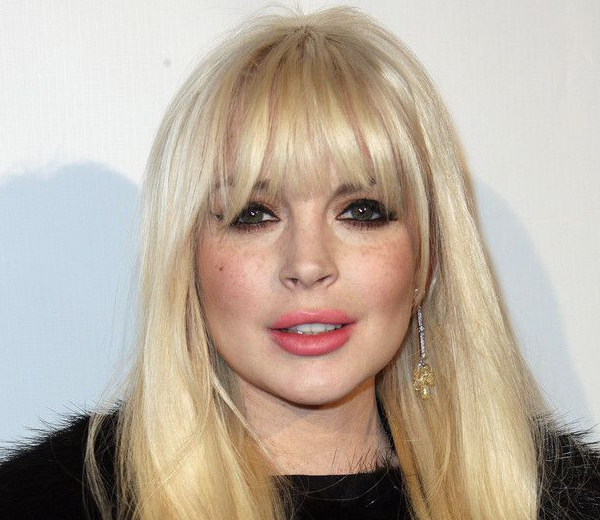 Will I look Fake? Facial Injectables.

Facial fillers and botox are considered minimally invasive; indeed, no blades, no anesthesia, and no recovery rooms needed. But minimally invasive, if done to the max, can be too much. When it comes to facial injectables, starting slowly with judicious amounts of product is most often the way to go. Less really is more. Your face isn’t a bag of Lays chips. You can eat just one…!

Many of my patients are curious but tentative to venture into facial enhancement because they are terrified of sausage smiles, duck lips, and pillow faces. It’s tragic that too many people are being injected too frequently, with too much product and in the wrong places. With filler pop-ups becoming the norm in so many neighborhoods, over-zealous, indiscriminate injectors have become too common. Filler should never be obvious. If a friend says, “I love your lip filler,” then I’ve done my job wrong. Fillers should refresh the face, give a few years back, but never be so obvious as to solicit attention. The best injectors will assess your face thoughtfully and use products to restore volume loss subtly. Importantly, they won’t be afraid to say “no,” if a celebrity’s signature feature just won’t look right on you.

What are some of the most common mistakes that give an obviously injected look? Let’s learn from a few examples of well recognized, but obviously “done” faces.

Fake Look #1. Too much filler.

Too much filler creates a “pillow face.” The give aways? Nikki’s cheeks are so overfilled that her eyes disappear when smiling. Their projection is abnormally round and tense, which accentuates, not diminishes her laugh lines. Too much filler has also been injected into her lips. While a natural upper lip is always smaller than the lower lip, hers is also so full that it nearly dwarfs its bottom counterpart. With so much filler, her face proportions have changed. A heavy middle and lower face have replaced her more youthful heart shaped face. The mistake? Too much filler everywhere. 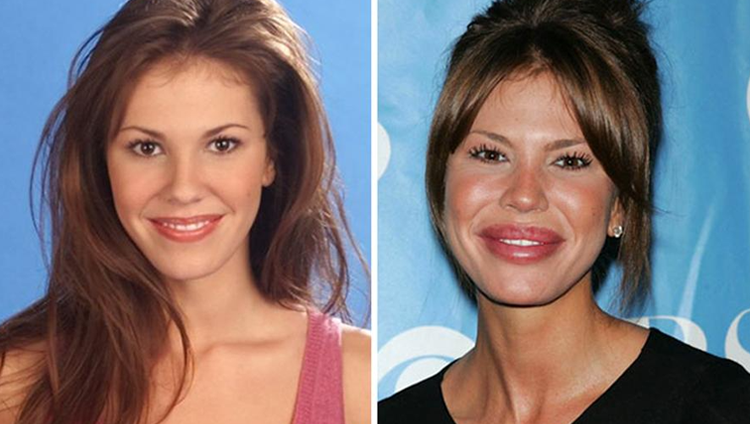 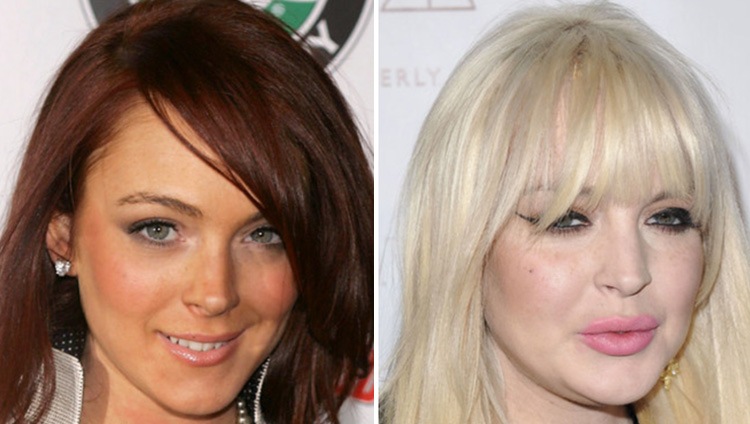 And one more? While Daryl wears the obvious overfilled face, her central cheeks are so full that they create abnormal bulges of fullness under her eyes. Her upper lip has lost its beautiful shape with tapered corners and her jaw appears too angular. The mistake? Again, too much filler everywhere. 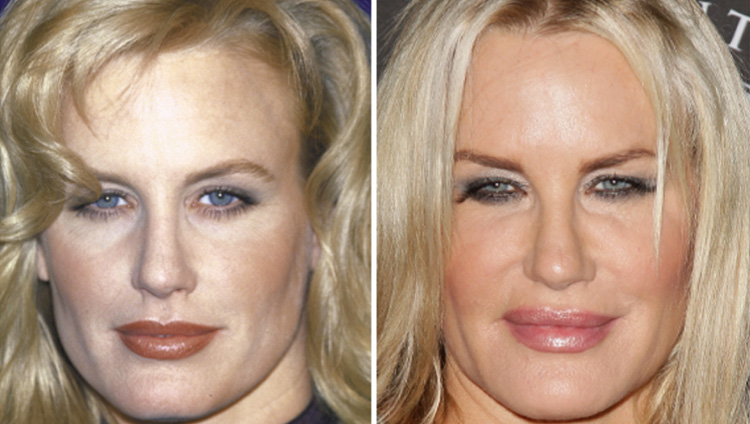 When starting enhancements, it’s not wrong to want to try a little product in one area, but exclusively focusing on one facial feature is a mistake. It creates a disproportionate, obviously injected appearance. Nadya’s lips are too full creating that unmistakable “duck” look. Too much filler has nearly obliterated her cupid’s bow and her whole lower face appears too large. Directing more volume into her temples and dissolving her excess lip product would more naturally restore youthful proportions. The mistake? Too much filler in one area only (lips and lower face). 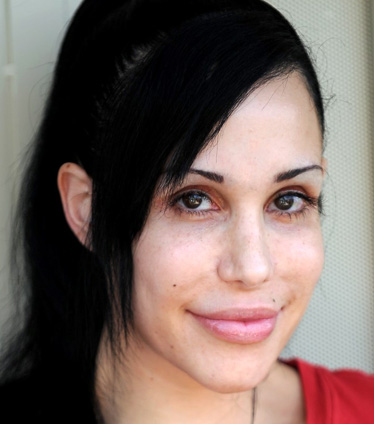 Another example? Although Meg has had too much filler everywhere, her lips shout more is not better! Her upper lip is so full, it creates a distorted projection and her once sexy cupid’s bow has vanished. You can’t make a small lip big. You can make a small lip look bigger. The mistake? Too much lip filler in naturally thin lips. 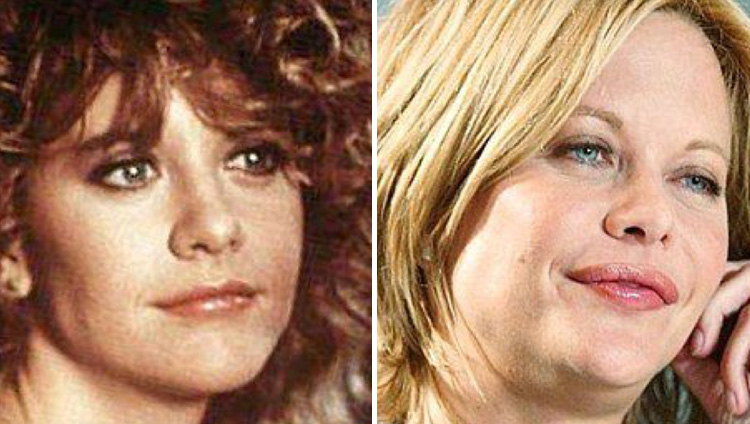 As we age, many of us first start to notice deepening of our smile lines. But, injecting to just “fill lines,” is short-sided and can eventually create an unnatural appearance. At first glance, this patient might not look bad, but something is off with her proportions. She has had filler injected into her smile lines for several years, some more recently into her cheeks, but her temples have been completely neglected. She appears skeletonized up top, which is common in exercise-devotees, and much too full in her lower face. Restoring the volume loss in her temples and dissolving some of the product in her lower face would transform her pyramid-shaped appearance into a more youthful, inverted triangular shape. The mistake? Filler used to fill lines rather than restore volume loss. 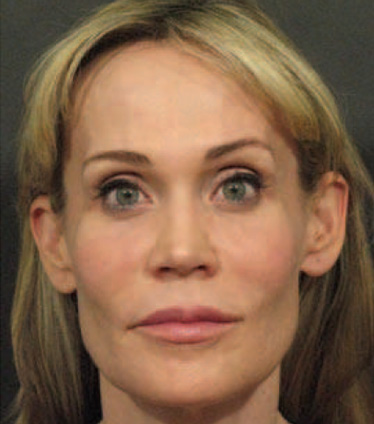 Even if injectables or surgery is able to lift skin and restore youthful contours, a liquid or surgical facelift is always a dead giveaway if sundamaged skin appears more aged than lifted structures. Even the best facelift can’t remove lines around the mouth, crepey skin beneath the eyes, and numerous brown spots. Combining contour restoration with laser resurfacing achieves a much more harmonious and matched appearance.

Although a facelift in this patient has improved her lines and folds, her aged skin doesn’t match her new lifted cheeks, making her corrective surgery obvious.

To better match her new surgical lift, this next patient underwent fractionated CO2 laser resurfacing to smooth lines around her mouth as well as fade diffuse brown sun spots. The overall result is skin that best matches her newly lifted cheeks.

Although these cases illustrate enhancements that are too obvious, we can achieve more subtle and natural results. How? First, it’s important that your doctor assesses your proportions carefully, then uses small amounts of filler to restore volume to replace bone and fat loss. Next, she or he may use muscle relaxants like Botox to smooth lines softly and offer procedures like laser resurfacing that will make your skin match your newly restored contours. Every face is different, so there is no template formula to get you to your goals. If filler is presented to you as a sushi menu, beware.

Patients sometimes forget and more dangerous, doctors or other injectors forget  that doctors should be the final gatekeeper of what should and shouldn’t be done. Your doctor should discuss options with you openly and personalize all recommendations. When done correctly, facial fillers and other cosmetic enhancements can beautifully and naturally turn back time, restoring confidence.


Virtual Visit
Do NOT follow this link or you will be banned from the site!